Built near the lagoon, in the Lez delta, the ancient city of Lattara was a crossroads of civilizations. Etruscans, Greeks, Iberians, Romans and the local Gallic populations intermingled there, in a context marked by the dynamism of economic and cultural exchanges in the North-Western Mediterranean. This ancient port of southern Gaul was in operation from the end of the 6th century BC to the 3rd century AD. 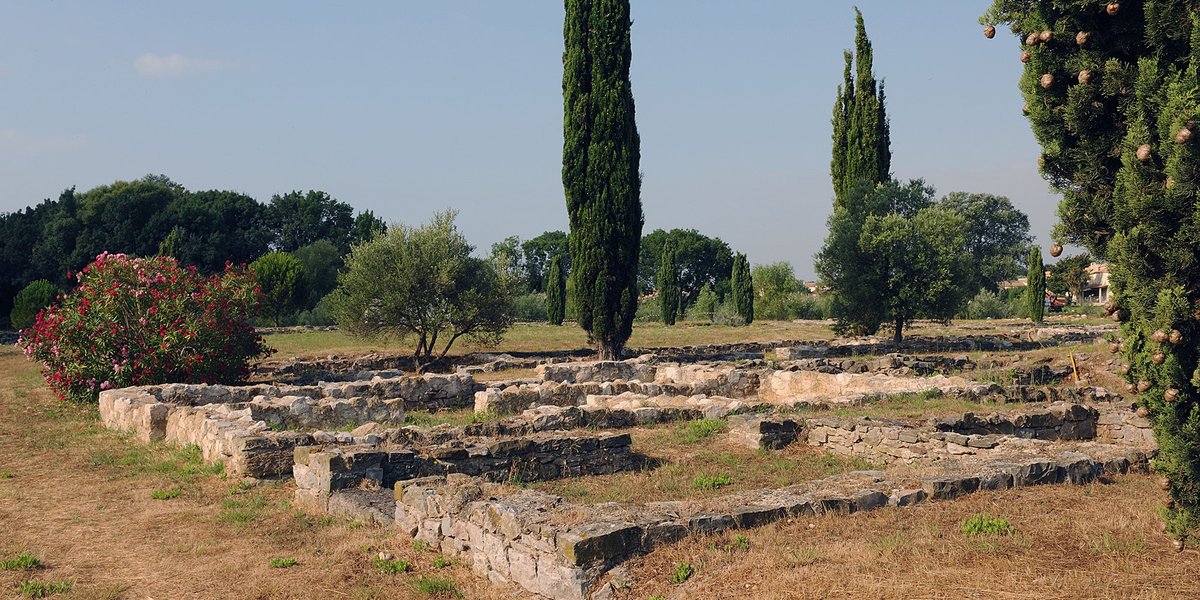 View of the archeological site of Lattara 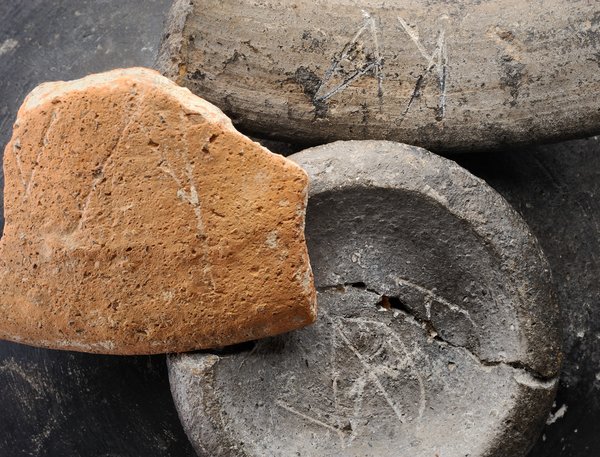 At the end of the 6th century BC, a monumental rampart was built on what was then a peninsula, bordered to the east and west by two arms of the river Lez, and forming an overhang in the lagoon: this was the birth of Lattara. This fortification marks the beginning of a large-scale urban planning programme where the construction techniques employed, as well as the pottery unearthed, testify to the presence of a trading community from Etruria. The Etruscan presence in Lattara is part of a regional context in which, since the end of the 7th century, contacts and exchanges have taken place between the indigenous populations and the Mediterranean sailors. Around 475 B.C. an episode of destruction, apparently widespread, occurred, with traces of fire and the eviction of the Etruscan component. The urban space was then reorganised and a significant change took place. Lattara now appears to be a fundamentally indigenous city, although it is deeply influenced by the Greek influence of Massalia.

Lattara¸ Gallic port in the Mediterranean

After the abrupt departure of the Etruscans, Lattara became a structuring element of the Gallic territory for the entry and exit of products exchanged with the Mediterranean basin. From the 5th century B.C. onwards, the links maintained with the Greeks of Marseilles proved to be fundamental, especially from a commercial point of view. In fact, the Phocean city redistributed, in addition to its own production, a certain number of goods from the Greek-Italian world. Although imports are diversified, there is however the omnipresence of a particular product, wine, the consumption of which finds a particular favour in Lattara. In this port city, a place of exchanges and meetings between people of different origins, acculturation phenomena are exercised in a privileged way (use of writing and money, modes of consumption, architectural forms...). The 2nd century BC marks the beginning of Romanisation in southern Gaul. As early as 125 BC, the region was part of a vast Roman province, Gallia Narbonensis, whose capital was Narbo Martius (Narbonne). However, it was only with the defeat of Massalia against Caesar in 49 BC that the hegemony of the Phocean city over Lattara came to an end. The port city then became an oppidum latinum of the city of Nîmes, a colony under Latin law. 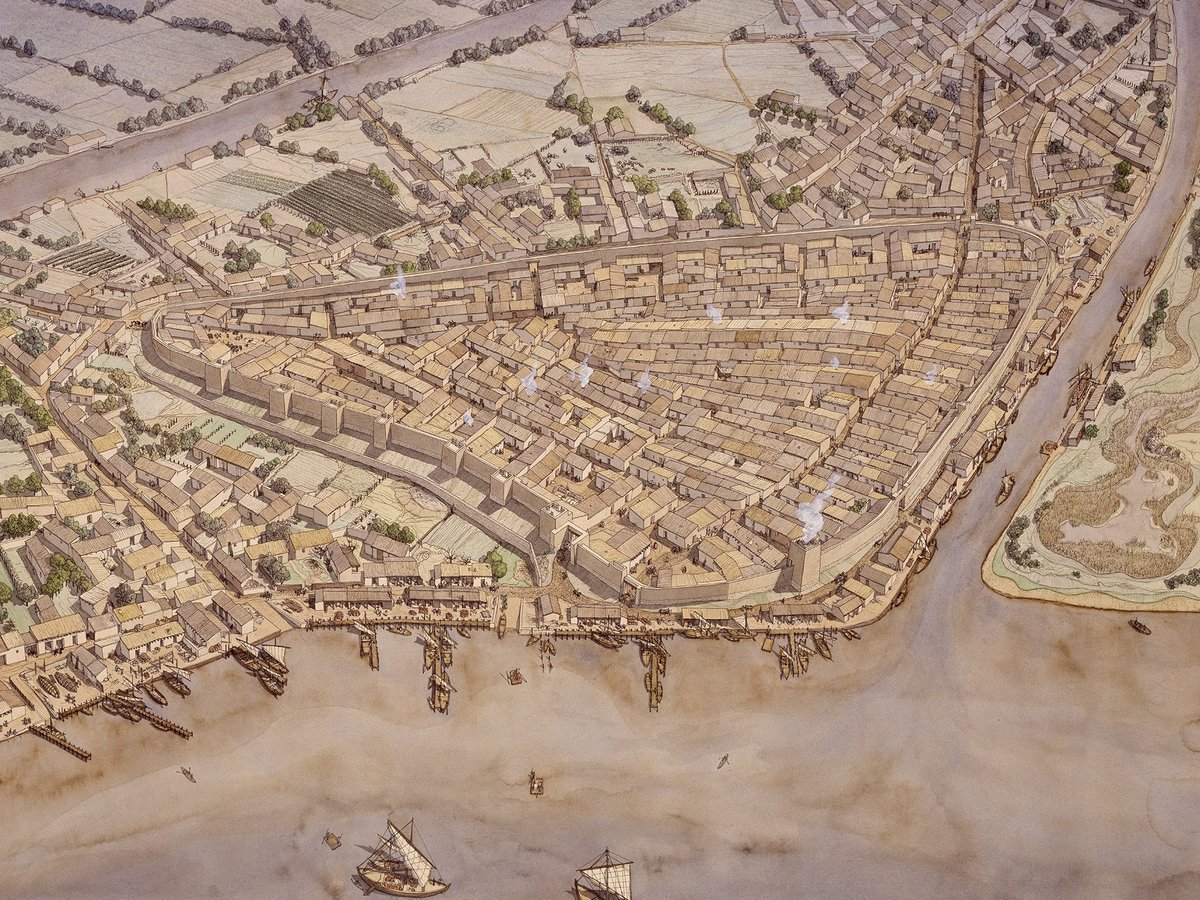 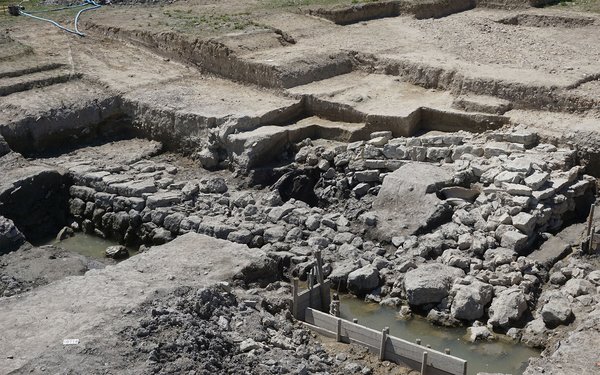 Initial work on the Lattara archaeological site, carried out by Henri Prades and the Painlevé archaeological group in the 1960s and 1970s, made it possible to determine the duration of the occupation of the ancient city. A series of rescue excavations, in the pre-Roman habitat and the Gallo-Roman necropolis, also gave an idea of the considerable extent of the city. As early as 1983, planned research conducted by the CNRS (now UMR 5140 - Archaeology of Mediterranean Societies Laboratory) largely confirmed the richness of the site and its exceptional potential for the study of the Mediterranean protohistoric habitat. Since then, the Lattara archaeological site has continued to mobilise international multidisciplinary teams on the occasion of annual excavations. This in-depth work carried out by the archaeologists contributes to renew year after year our knowledge of this protohistoric port city. 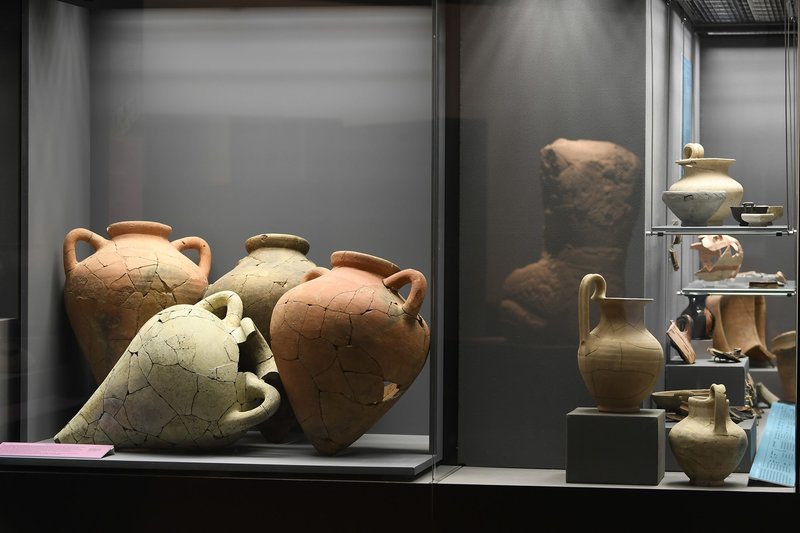 Inside the Henri Prades museum 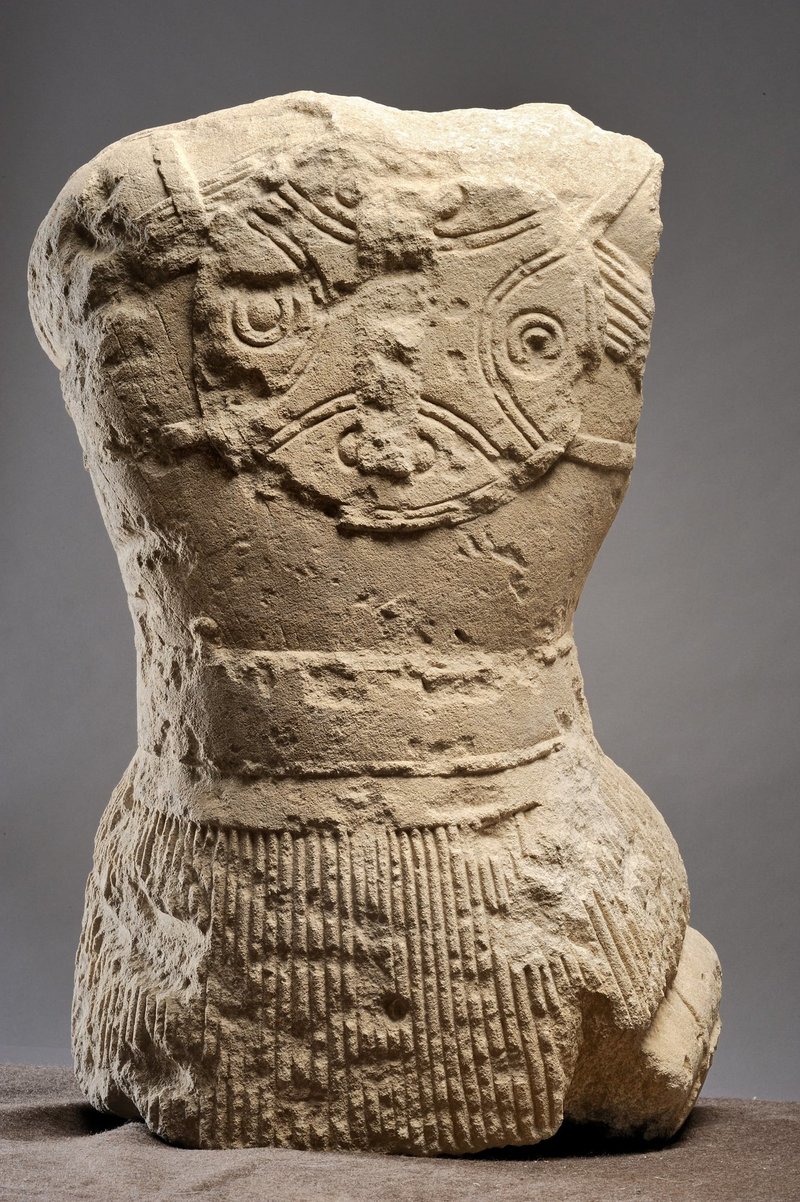 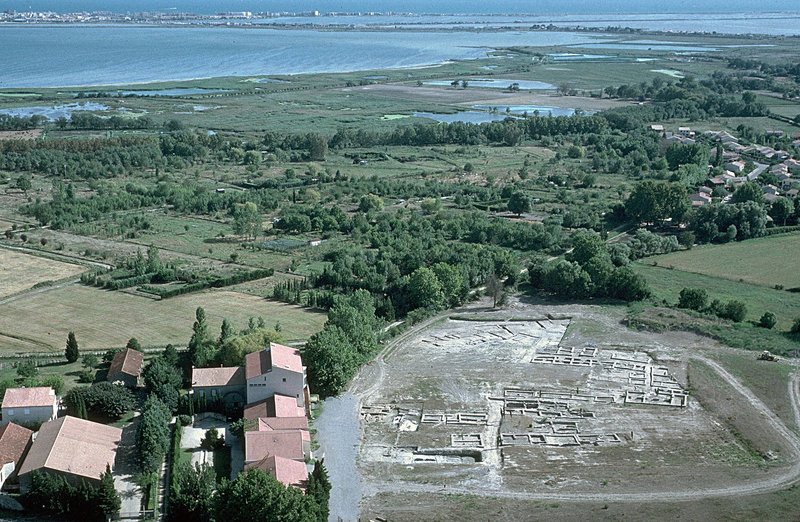 Aerial view of the archaeological site of Lattara

With the lagoon and the sea in the background © L. Damelet, CNRS-CCJ 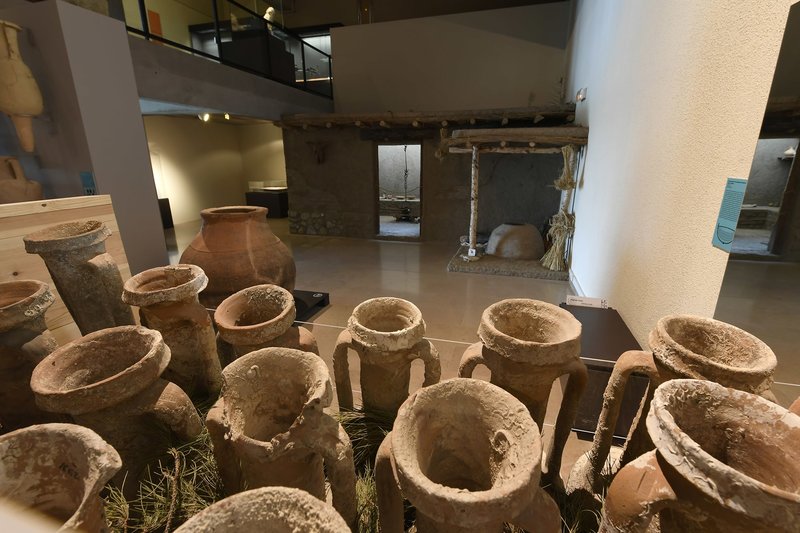 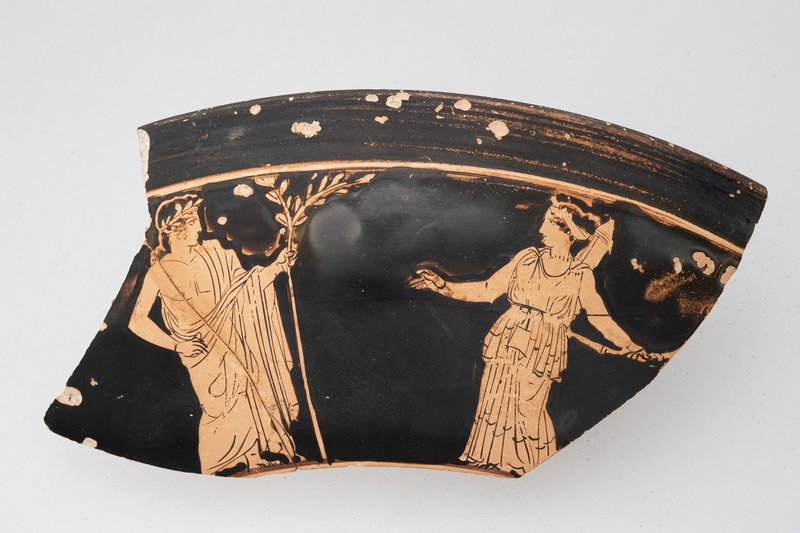 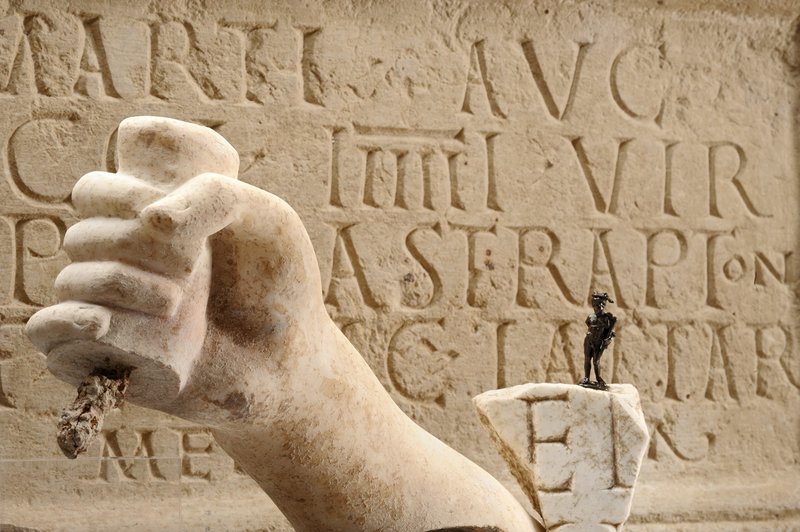 Archaeologival finds from the schola