The Museum and the Oppidum of Ensérune, managed by the Centre des Monuments Nationaux, present to the public the results of a century of archaeological excavations in an important an important protohistoric town in southern Gaul, 15 km from the Mediterranean Sea. The museum presents an exceptional collection of weapons and ceramics from the 500 tombs of the oppidum necropolis. Situated between the Cévennes and the Pyrenees, the oppidum of Ensérune was occupied by a community open to many influences, Greek, Iberian, Celtic and Roman. 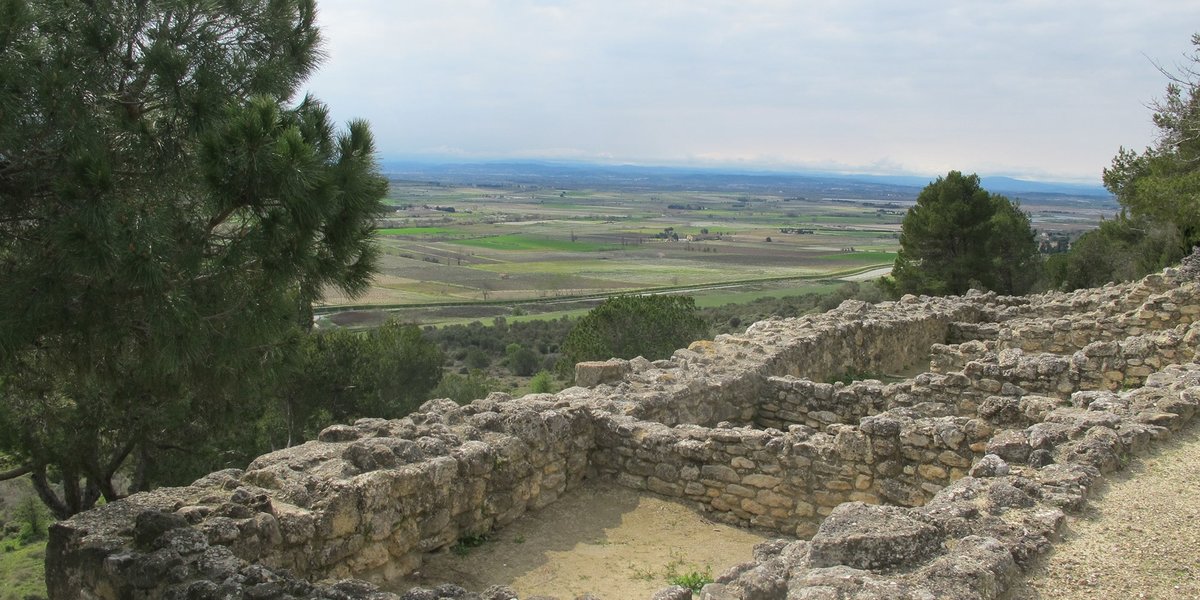 Ensérune - View of the southern district of the oppidum 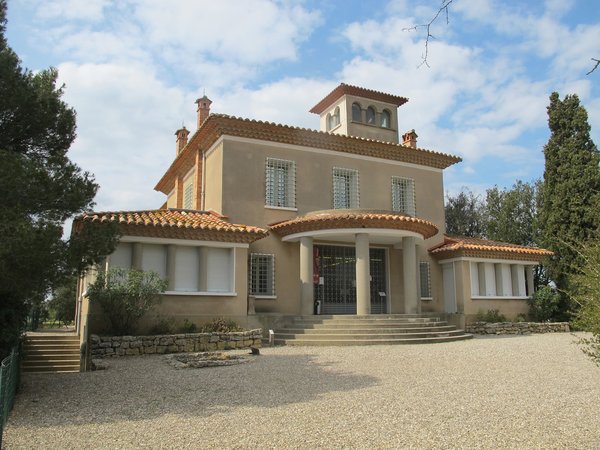 A century of research and valorization

In the South of France, Ensérune is a unique case of the enhancement of a protohistoric site, with the creation of one of the very first site museums during the 1930s. The exploration of Ensérune began with the discovery, in 1916, of an exceptional group of richly endowed Celtic warriors' tombs, which contributed to its fame. From the 1950s onwards, the site hosted one of the first major training excavations under the aegis of the University of Montpellier. In the 2010's, the site benefits from a new research and development programme, which includes the renovation of the museum. A century of excavation has enabled the constitution of a unique collection for the South of France: Celtic weapons, Greek, Italian and Iberian vases, a corpus of Iberian inscriptions unique in France, a rich medal collection, Celtic and Mediterranean jewellery.

A crossroads of civilisations

A watchtower located at the top of a paleo-terrace from the Secondary era, the Ensérune hill faces the ancient city of Béziers beyond the Orb. It is a historical junction between the Bay of Agde, a Greek port colony, and the mining districts of the Black Mountain rich in copper and silver ores. The protohistoric agglomeration is positioned on a strategic route linking the Iberian world to Etruscan-Roman Italy: the so-called Heraclean and then Domitian route, which passes at the very foot of the oppidum. From the 6th century B.C. to the 1st century A.D., Enserune was a prosperous site, providing real leadership as a platform for economic (wines, cereals, minerals, etc.) and cultural (currencies, scriptures, architecture, religion, etc.) exchanges at the interface between four great civilisations: Celts, Greeks, Romans and Iberians. 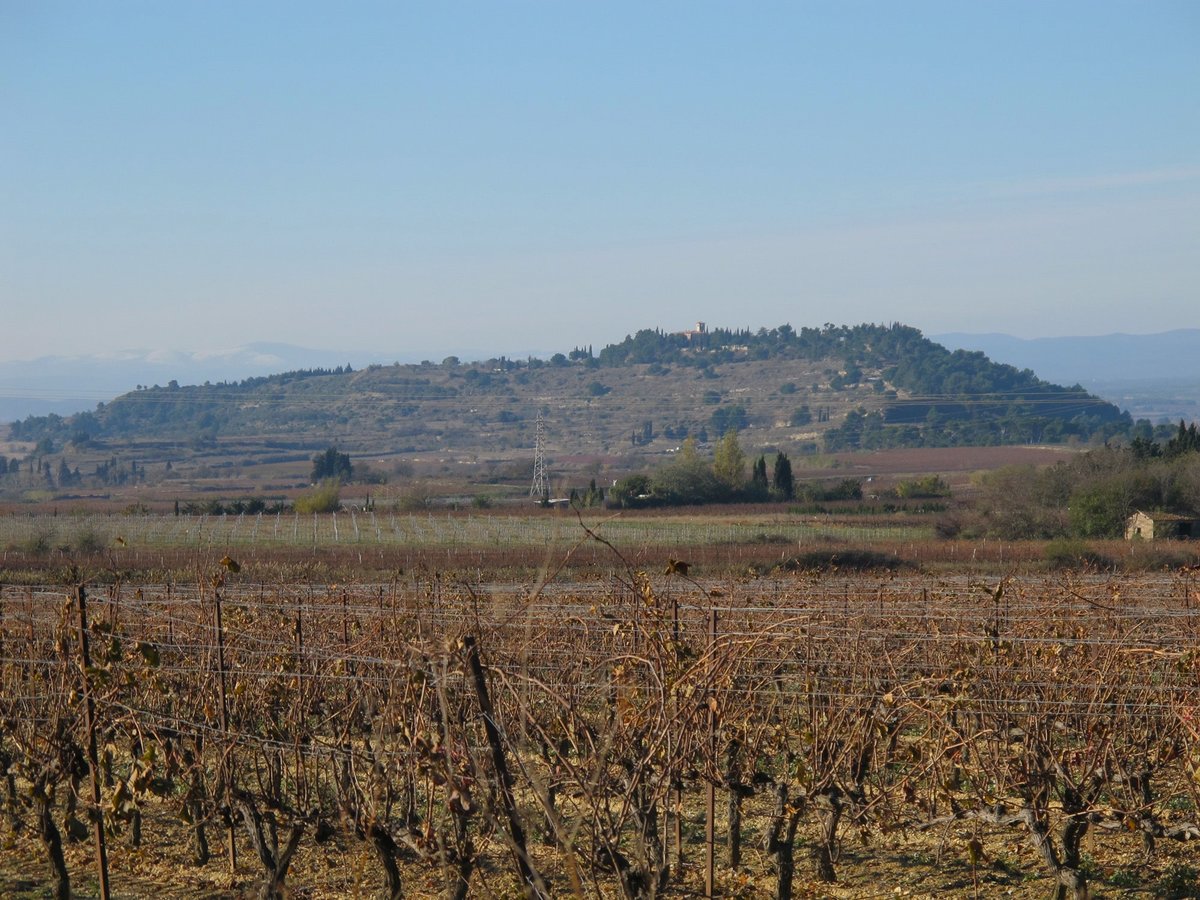 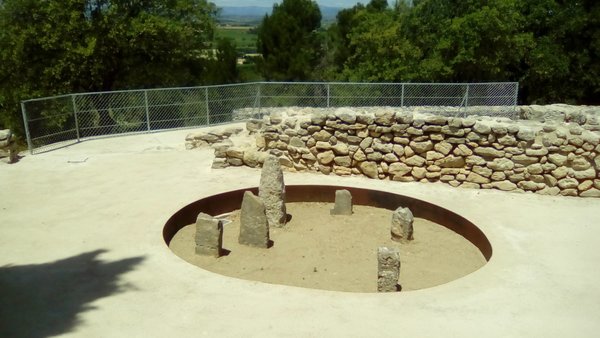 A unique necropolis in Europe

The wealth of furnishings discovered in the 500 or so tombs of the Ensérune necropolis, which date from the second half of the 5th century BC to the end of the 3rd century BC, bears witness to the unique place of the site in the north-western Mediterranean. The treatment of the body is always cremation and all age groups are concerned. Until the beginning of the 4th century BC, tombs without a cinerary vase coexisted with others with an ossuary, which in the majority of cases consisted of an urn or a jug. A significant change in the deposits is observed from the end of the 4th century onwards: the ossuary is now rarely the only vase present in the tomb. The deceased was provided with his personal objects, burnt with him, notably weapons, while the deposits of meat offerings multiplied. The varied funeral offerings bear witness to intense contact with the Iberian, Greek and Celtic worlds. 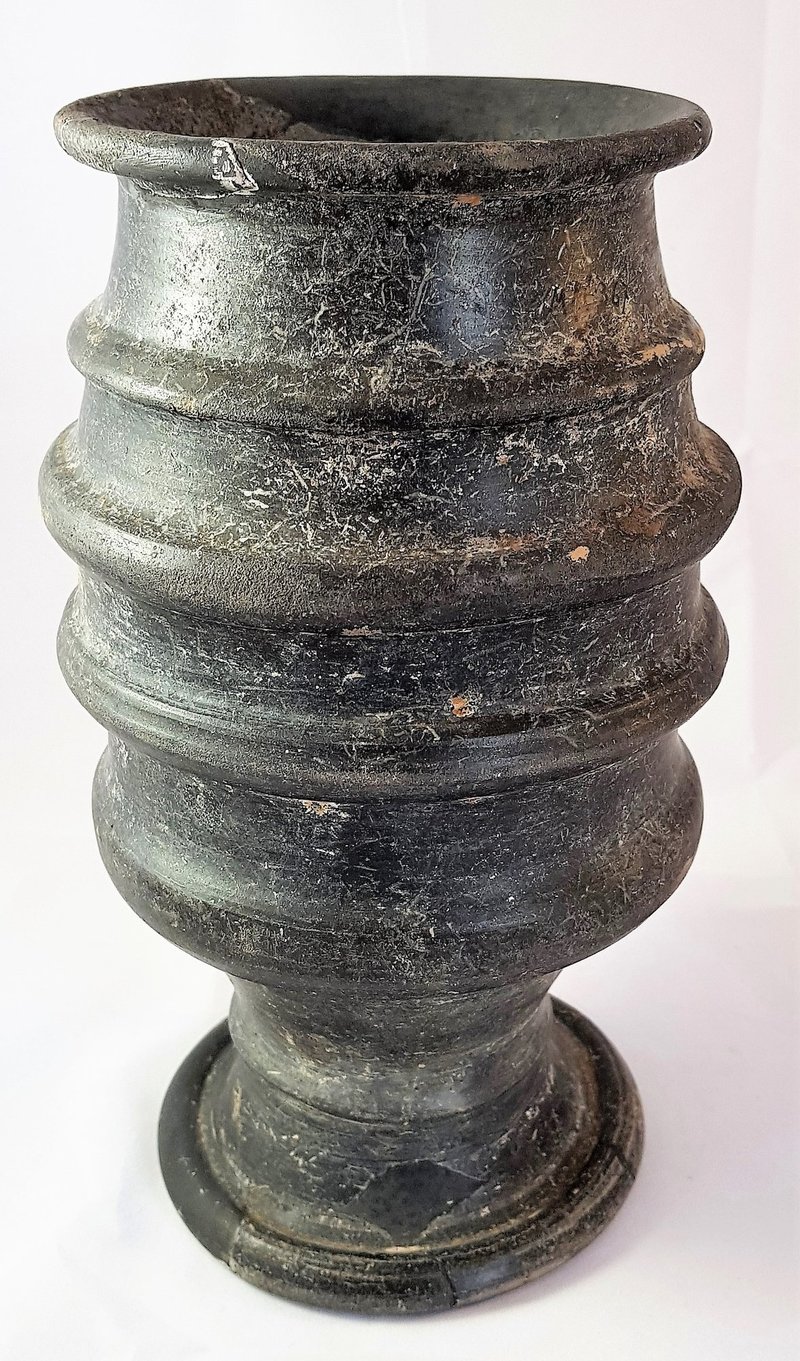 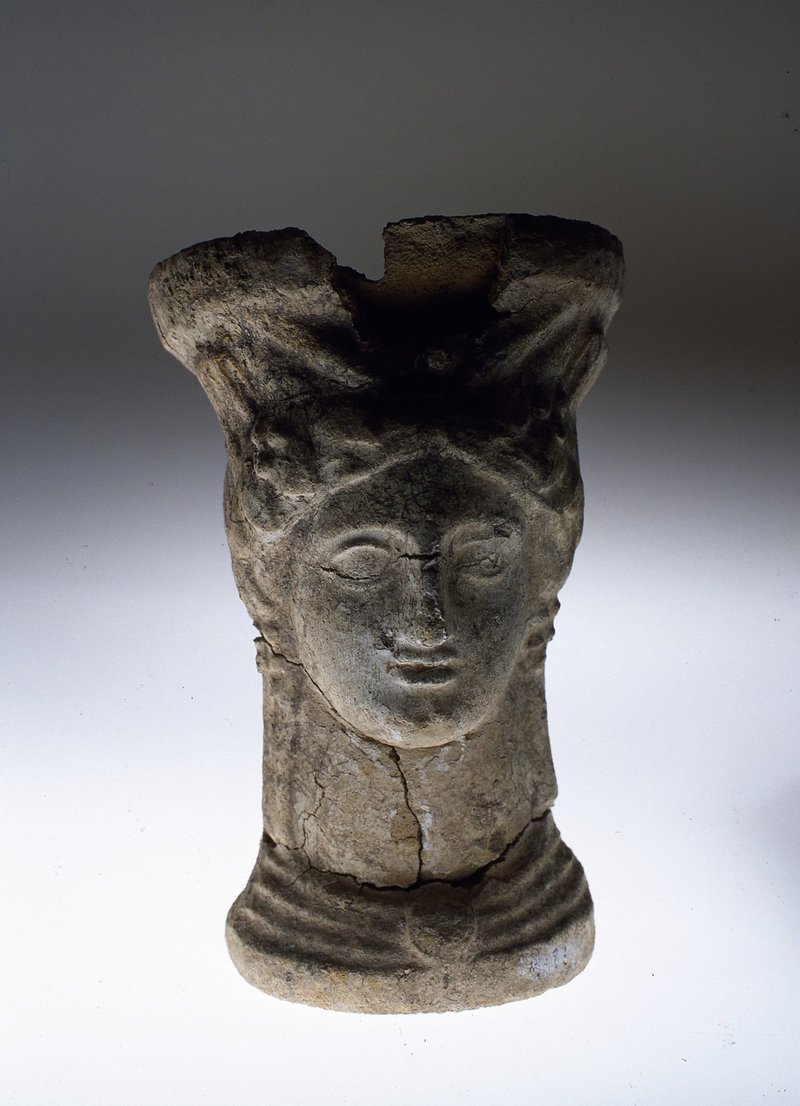 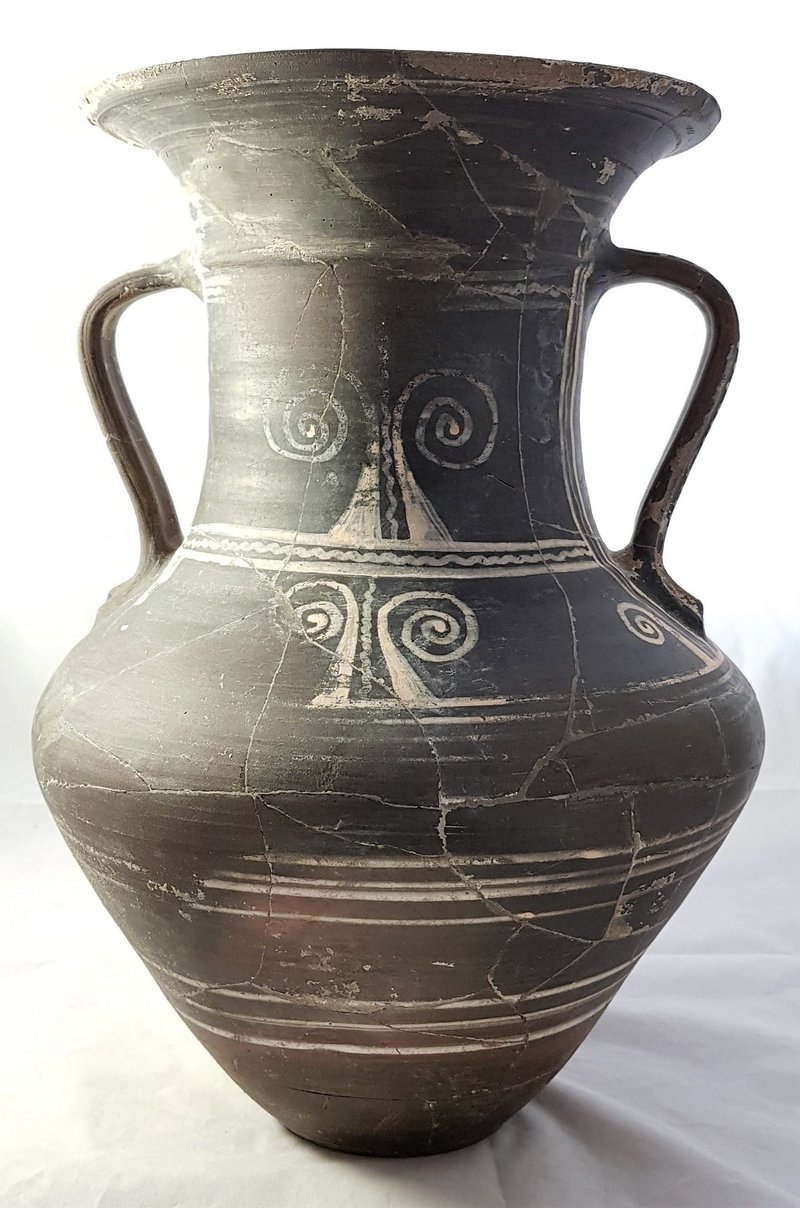 Amphora used as an ossuary with white geometric decoration made in the Ullastret region (Catalonia) – 450/350 BC © L. Izac - Centre des Monuments Nationaux 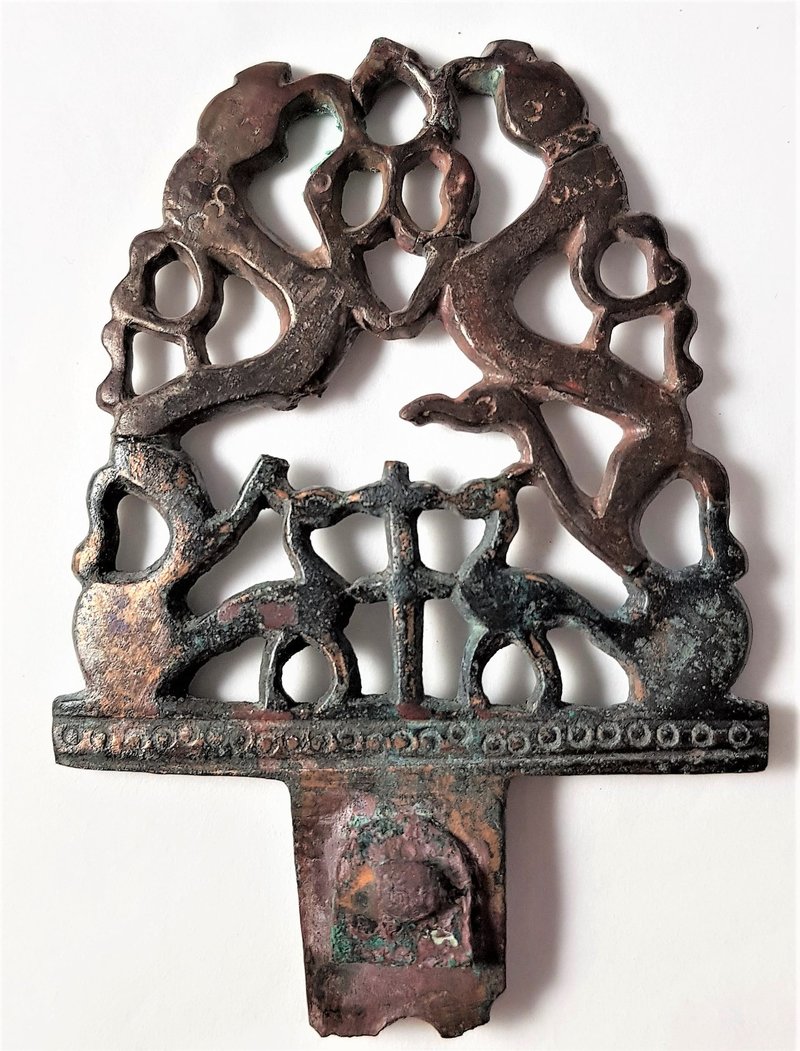 Belt buckle made of openwork bronze, made in Ticino (Switzerland) – Around 400 BC © L. Izac - Centre des Monuments Nationaux