500 centuries of local history in the heart of Europe: this is the theme of the permanent exhibition at the Laténium. You are taken – step by step – through the different stages of human evolution, from the present day back to the times of the Neanderthal man. 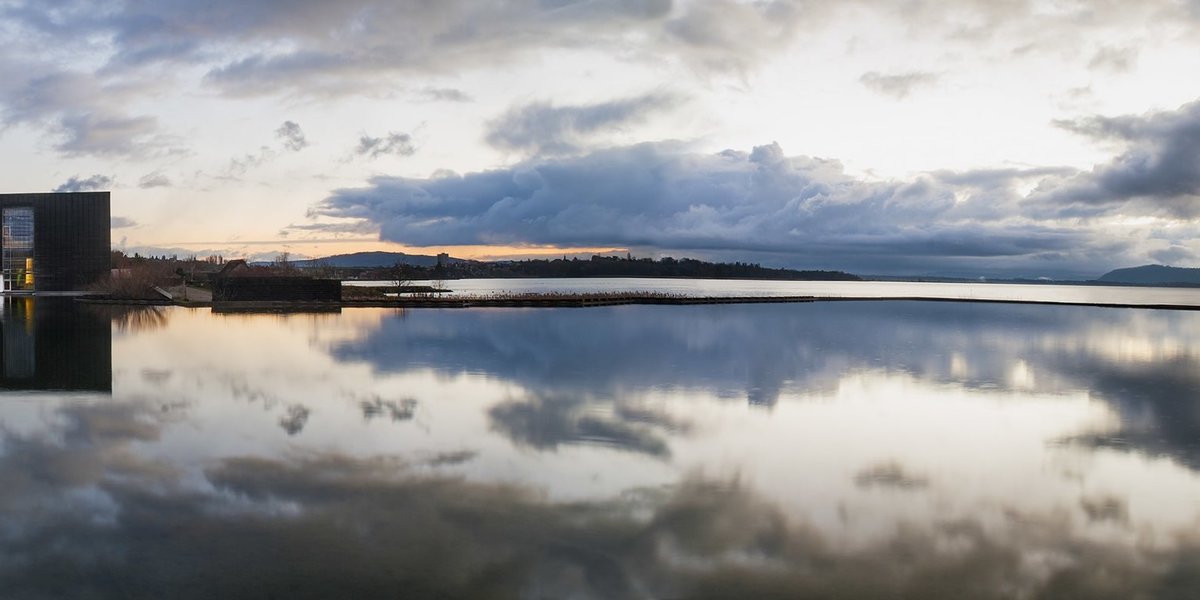 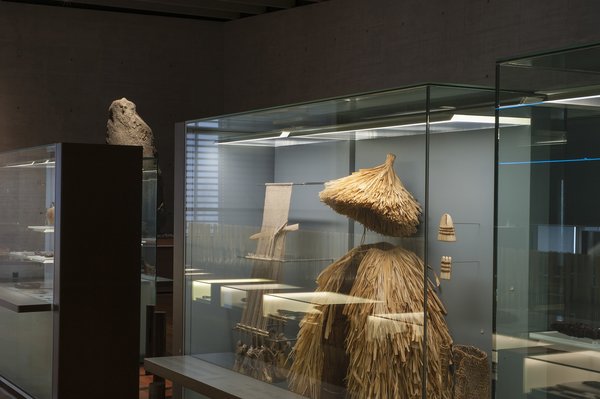 THE MUSEUM AND ITS COLLECTIONS

The Laténium hosts over 525,000 objects — mainly regional archaeological findings covering an uninterrupted period from the Middle Palaeolithic to Modern Times and including numerous reference assemblages on a national or international scale. 3,000 of these half a million pieces were selected to be exhibited in the showcases of the permanent exhibition. The main series are preserved in the “accessible archive” in which almost 20,000 objects are arranged on mobile glass shelves for researchers and students. This space in constant evolution is regularly open to the public on the occasion of special events.

HISTORY OF THE COLLECTIONS, THE EXCAVATIONS AND THE MUSEUM

The abundance and the value of these collections show the intensity of the investigations carried out in the region. Many, often foreign-born, scholars from Neuchâtel have contributed to the methodological achievements of archaeology — as is shown notably by the foundation of the International Congress of Prehistory in Neuchâtel in 1866. Moreover, the strong social and cultural valorisation of archaeology in the canton of Neuchâtel enabled very early public awareness with regard to the requirements of heritage protection and thus encouraged private individuals to report on and to give to the museum countless discoveries. The long-term involvement of amateurs thus made it possible to ensure the remarkable representativeness of the collections at the Laténium. 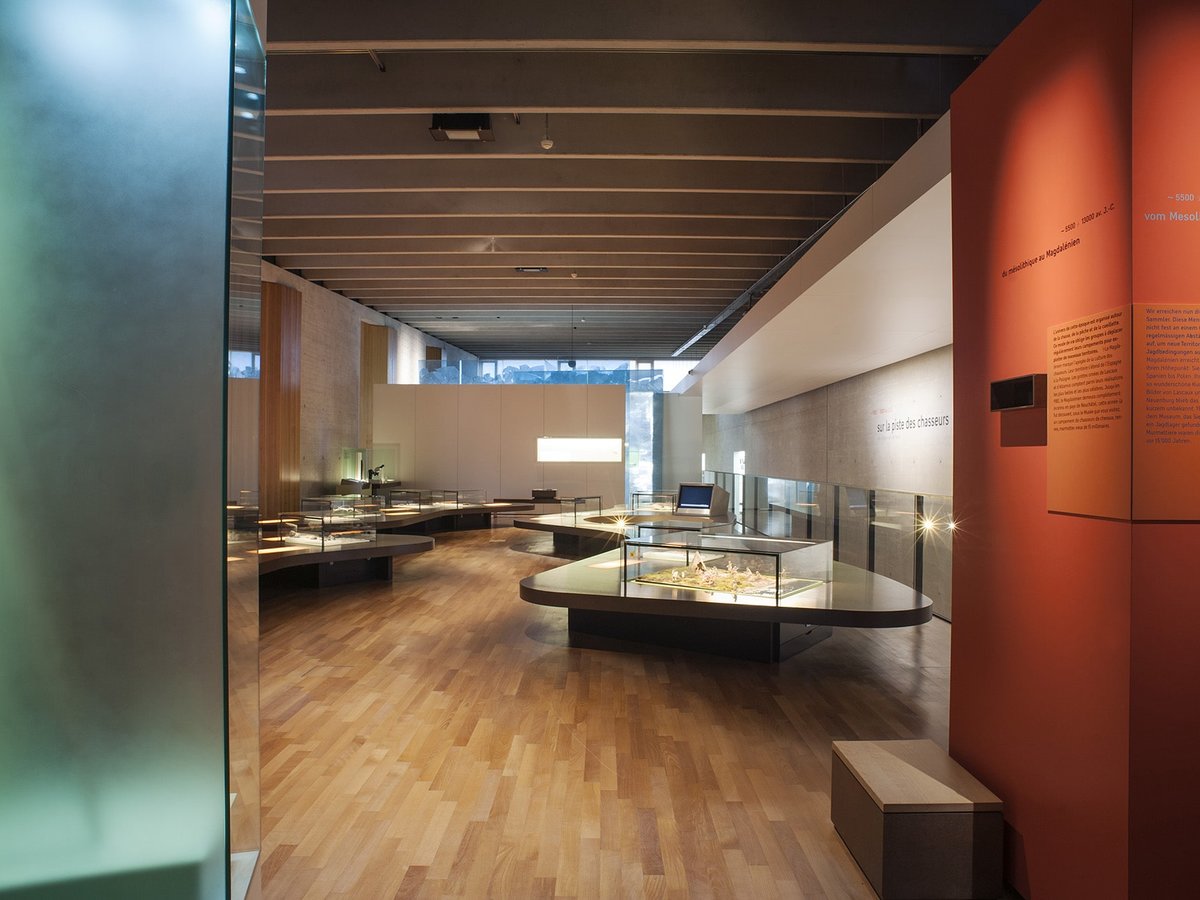 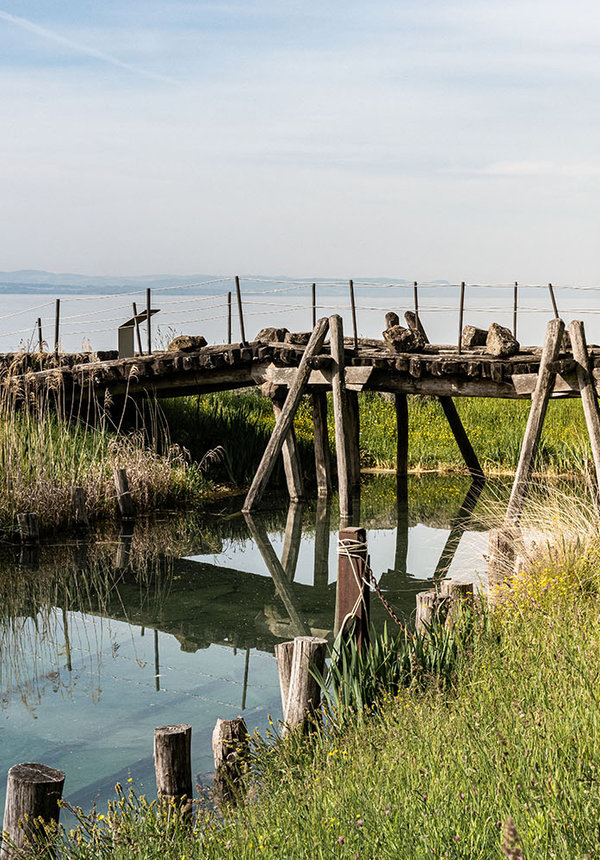 Prehistoric sites as a reference

From a historical perspective the rise of regional archaeology was triggered by the “lake-dwelling fever” that marked Switzerland in the second half of the 19th century, the effects of which were strengthened by the “Jura Water Correction” (1868-1879). This artificial lowering of the water levels of the lakes of Neuchâtel, Biel and Murten by 3 m indeed prompted increasing numbers of surveys and explorations of the newly exposed shores. At the beginning of the 20th century, archaeological research carried out in Neuchâtel was particularly distinguished by the systematic and exhaustive excavation of the famous La Tène site (1907-1917), as well as by the scientific exploration of the Mousterian cave of Cotencher (1916-1918), which is the main reference site for the Neanderthal period in Switzerland.

from excavation to museum

Inaugurated on 7th September 2001, the Laténium is therefore the achievement of several decades of intensive archaeological research carried out in the canton of Neuchâtel. Acclaimed by the people of Neuchâtel during a referendum in 1996 this museum of international scope succeeded the former Musée cantonal d’archéologie, founded in 1962, subsequent to the ‘cantonalisation’ of the archaeological collections of the Musée de Neuchâtel, which were established progressively as early as the beginning of the 19th century. The collections of the Laténium are constantly enriched by the results of archaeological excavations carried out in the canton of Neuchâtel. 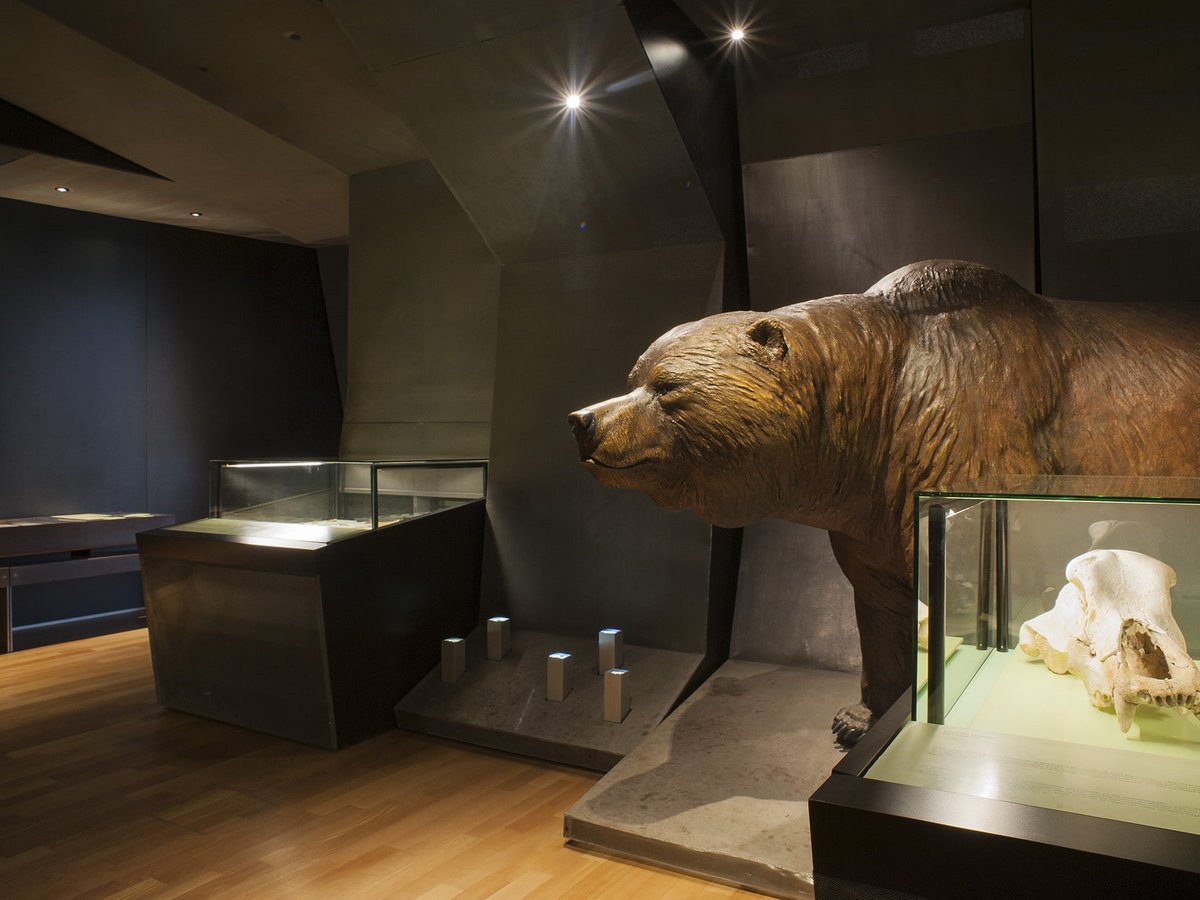 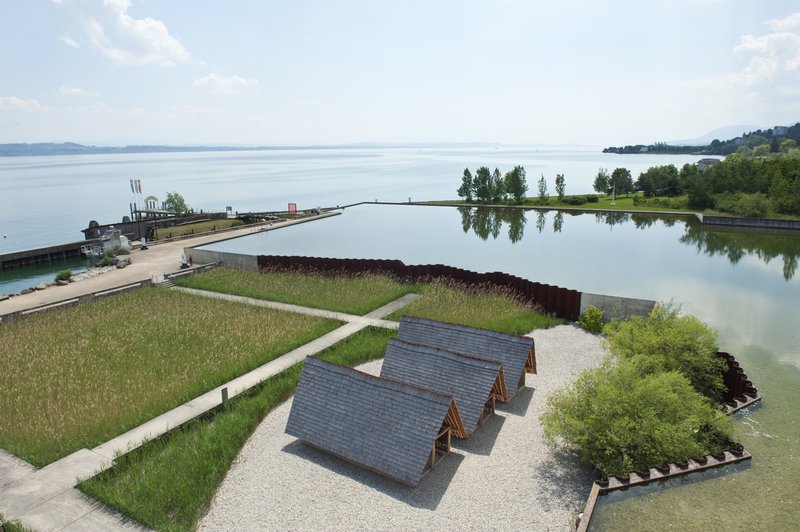 Water feature in the archaeological park 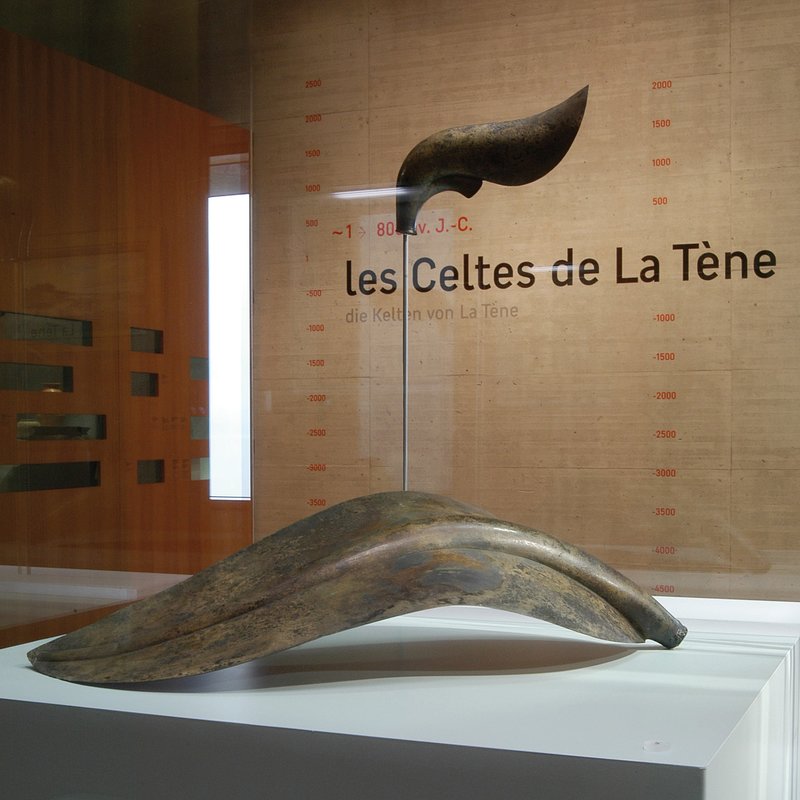 The Celts of la Tène 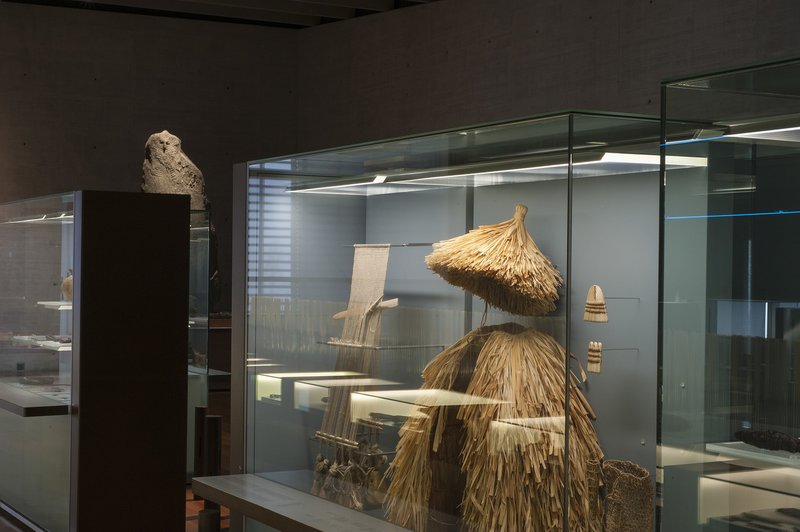 Lake dwellers from the Bronze Age to the Neolithic 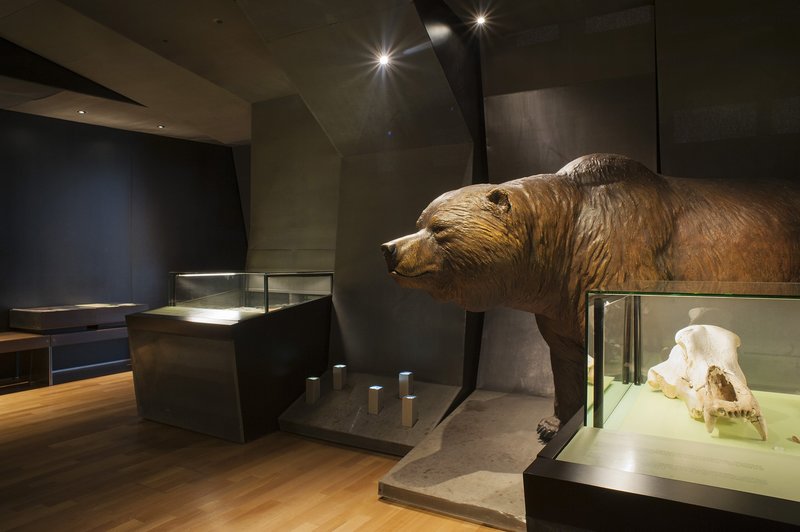 In the land of the great bear: the Mousterian 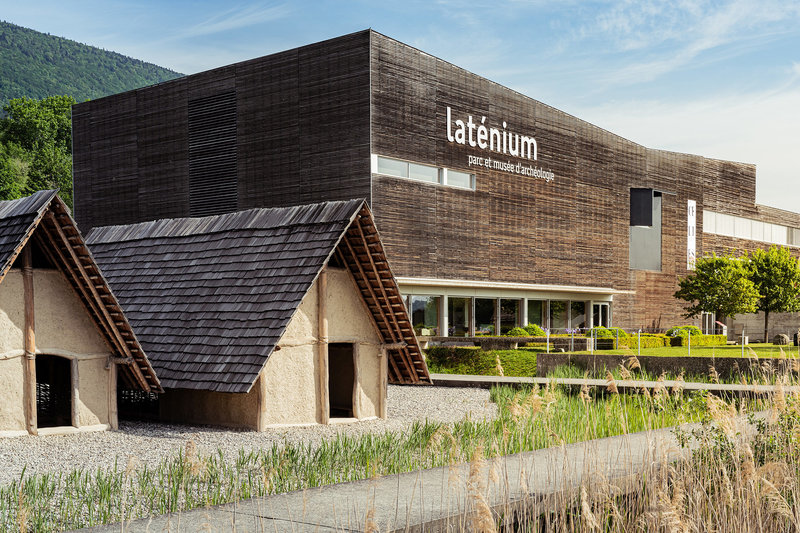