The kelten römer museum provides a window to the spectacular excavations of the Celtic city of Manching and the Roman fortress of Oberstimm. As a branch museum of the Archäologische Staatssammlung München, it presents outstanding finds of the Iron Age and the Roman imperial period. The modern museum built in 2006 is situated directly at the original historical site, which can be explored on an archaeological trail. 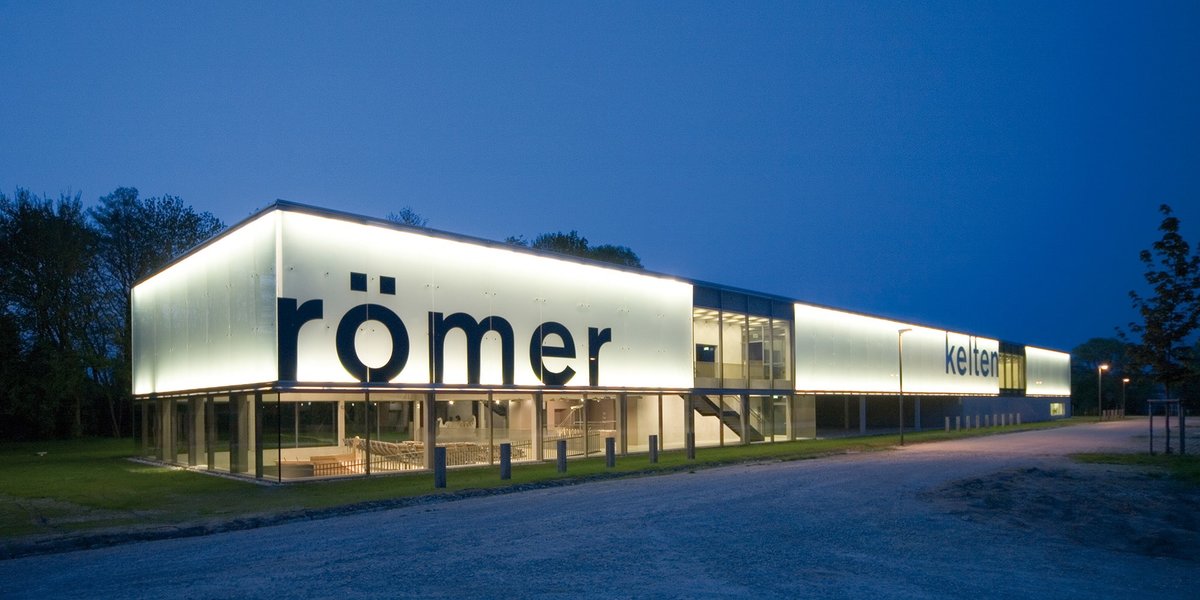 The south facade of the kelten römer museum manching at dusk 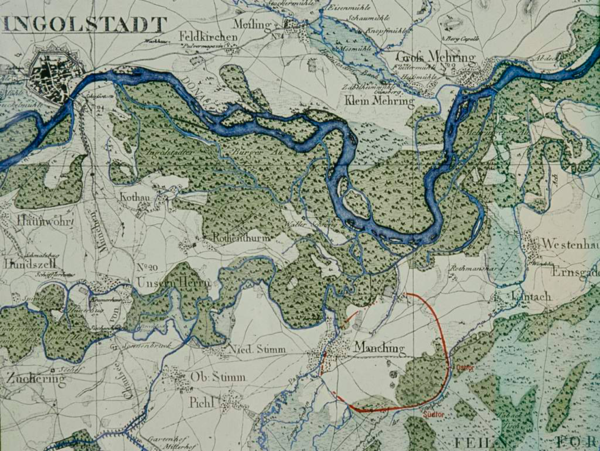 Since the time of the late 4th century BC a Celtic settlement emerged in the area of present day Manching and developed into a significant oppidum later on. The Celts who settled here benefited from the favourable location on the Danube and on important trunk roads as well as from rich iron ore deposits nearby. The Celtic city reached its greatest expansion around 140/130 BC, when it was surrounded by a monumental rampart built out of stone, wood and earth. It expanded over a length of 7.2 km and included an area of 380 ha. Animal figures made of bronze and iron, colourful glass jewellery, a gold treasure with hundreds of coins and a mysterious cult tree bare witness to the wealth and the cultural peak of the city in the Latène period. Excavations, systematically carried out since the 1950s, have uncovered about 10 percent of the oppidum until today. This makes Manching one of the best researched Iron Age sites throughout Europe.

Oberstimm – An outpost of the Roman empire

After a period of decline, the oppidum of Manching was abandoned around the middle of the 1st century BC. During Roman times a road station, which can probably be identified with a place called Vallatum known from written sources, was located within the former Celtic fortifications. Of greater importance, however, was a Roman fort founded shortly after AD 40. Until the time of Emperor Hadrian, it served as a military base for a partially mounted auxiliary unit numbering around 500 soldiers. They controlled and secured an important section of the Danube on the northern border of the Imperium Romanum. Therefor the soldiers stationed in Oberstimm used two patrol boats, the wrecks of which were excavated west of the fort – a sensational discovery! Now the probably best-preserved Roman warships north of the Alps are impressive highlights in the collection of the kelten römer museum manching. 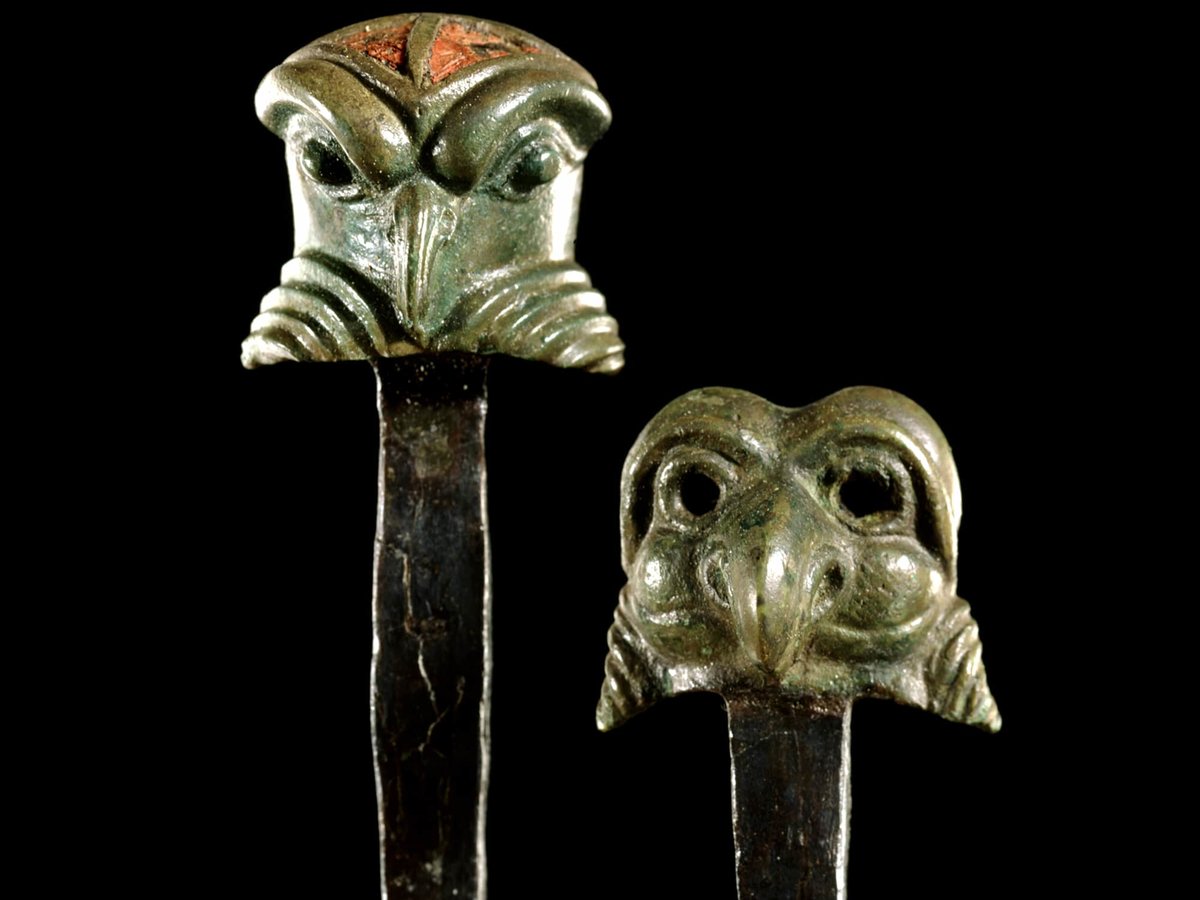 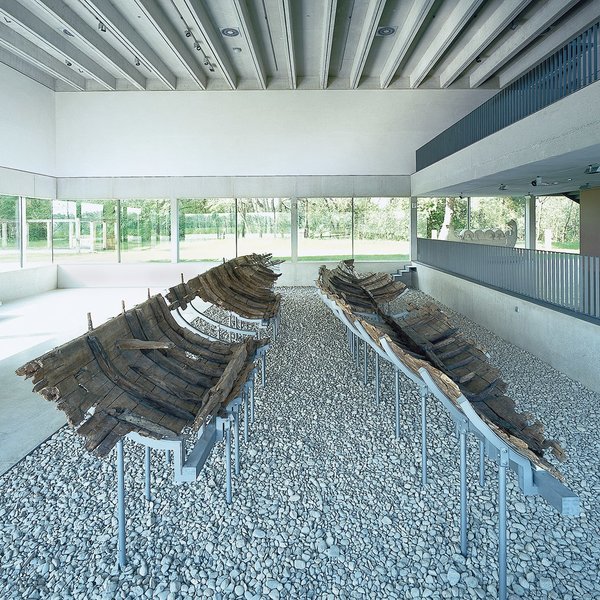 In the barrier-free permanent exhibition covering an area of 1200 square meters, visitors get fascinating insights into the times of the Celts and Romans. In addition to the archaeological finds, partial reconstructions in original size and models on a reduced scale give a clear impression of what the Celtic and Roman buildings once looked like and how one can imagine the warships of Oberstimm. Modern media and presentations as well as interactive elements make the content on display tangible with all senses. Diverse guided tours and workshops for children, youths and adults form a keystone of the museum’s educational work. With exciting special exhibitions the museum regularly presents archaeological topics and sites of international importance. Festivals, lectures and cultural events round off the broad program of the kelten römer museum manching. 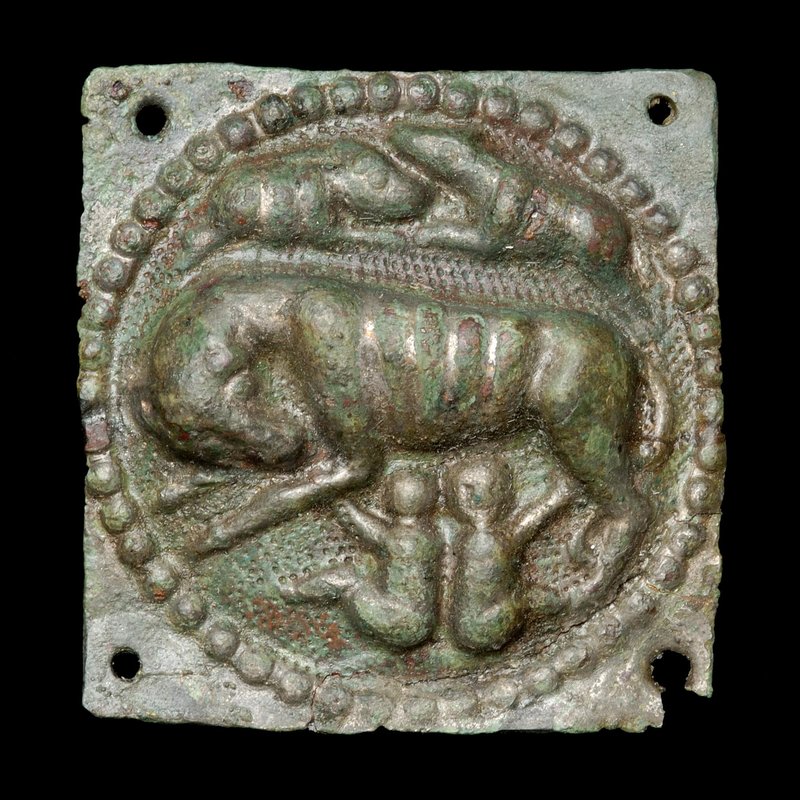 The she-wolf suckles the twin brothers Romulus and Remus, the legendary founders of the Eternal City of Rome. Roman fort of Oberstimm, 1st half of the 1st century AD © Archäologische Staatssammlung München/Manfred Eberlein 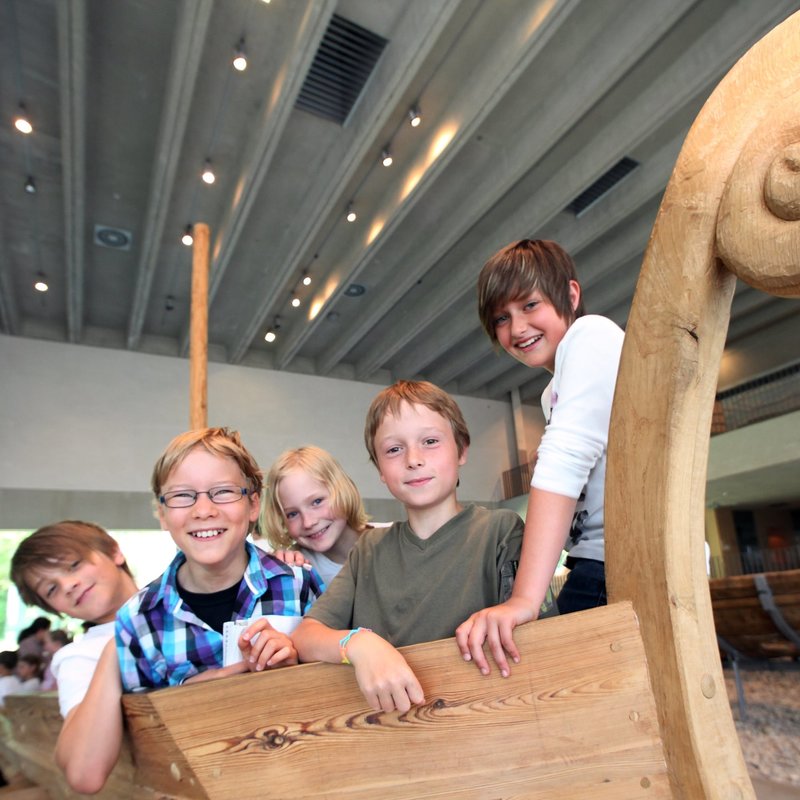 Children explore a partial reconstruction of the Roman boats 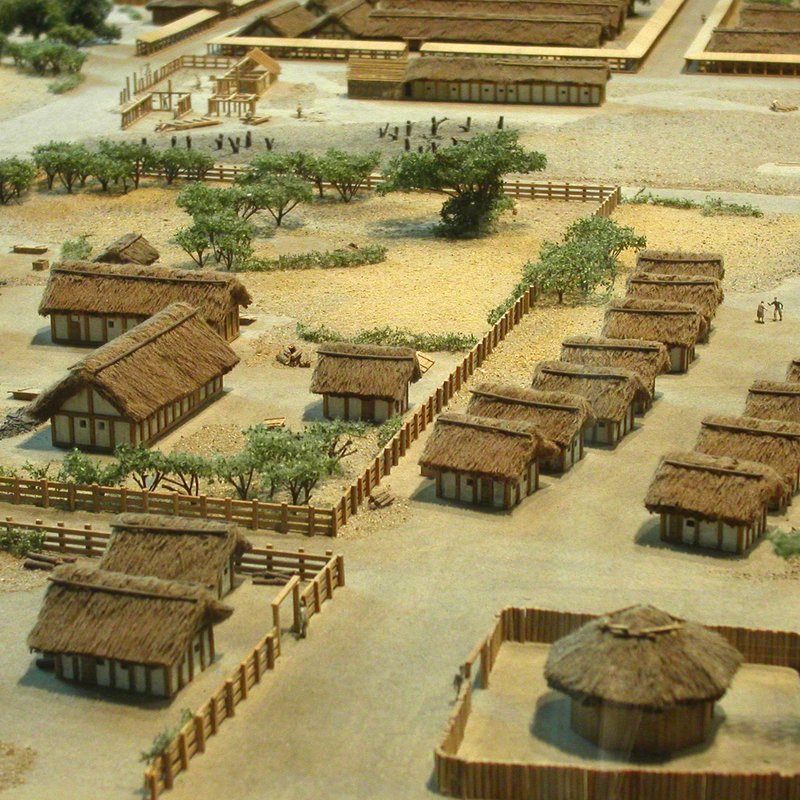 Shows how the centre of the Celtic oppidum of Manching once looked like. © kelten römer museum manching/Wolfgang David 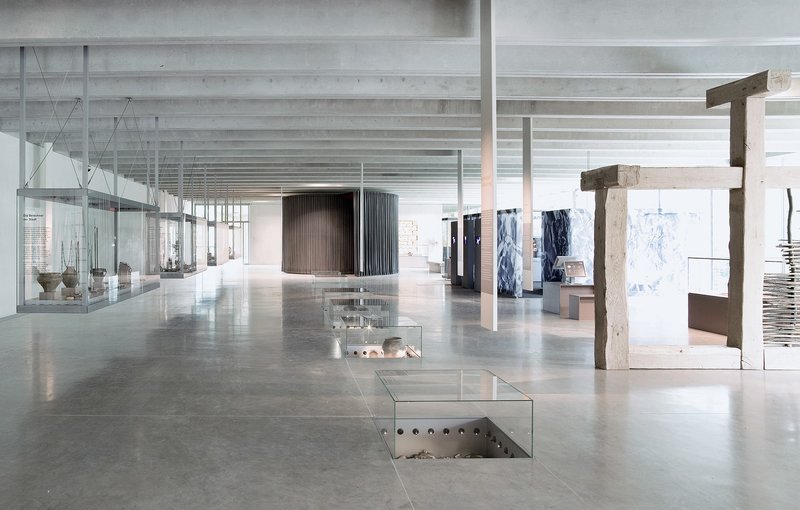 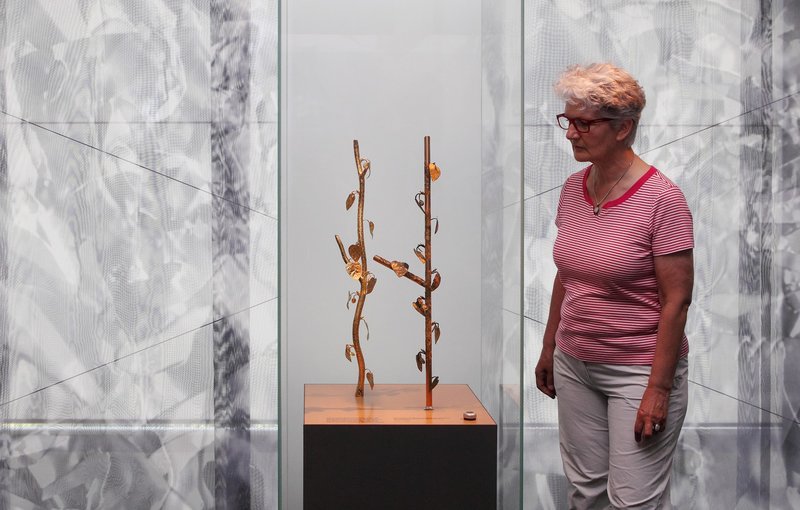 A reconstruction on the left and the Celtic original on the right that raises various questions: Where was it produced? For what kind of religious purposes did it actually serve? And why does it combine elements from different plants? Oppidum of Manching, 3rd century BC. © Gerhard Nixdorf 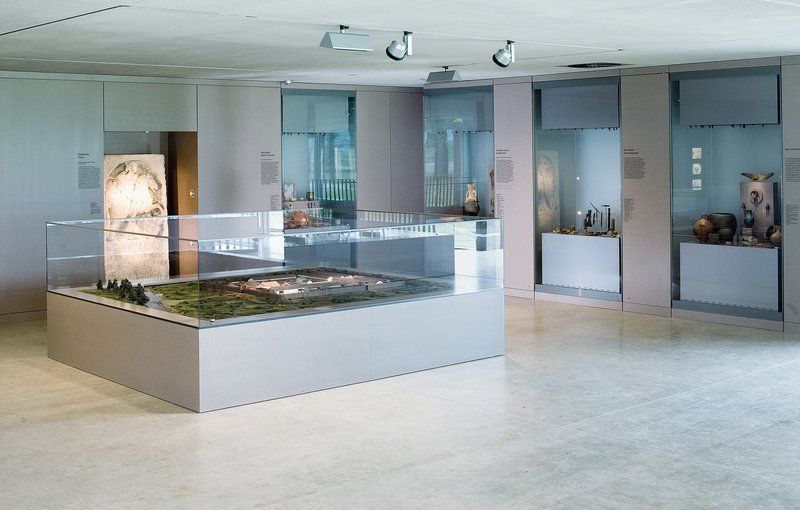 Depictive model of the military fort of Oberstimm

On its left side you can see a jetty on the river Brautlach, where the Roman boat wrecks came to light in 1986. © Michael Heinrich